Nuclear – An upcoming Renaissance, or a Radioactive Decay

A new golden age for nuclear in Britain

Recently the UK Prime Minister Boris Johnson boldly stated that the government plan is to “build a nuclear reactor every year rather than once every decade”. This comes at a time when France is having major difficulties with its nuclear fleet, with half of its 64GW installed capacity of “always on” nuclear notably shut down due to routine maintenance or defects. Furthermore, Germany will shutter its last three nuclear plants by December, while Belgium, Switzerland and Spain all have their own phase-outs planned.

Could a new nuclear reactor each year be the solution GB needs to alleviate its energy-related woes, harking back to the days of the French large-scale nuclear buildout of the 1980s, in which 44 nuclear plants began commercial operation in a single decade? Or has the golden age of nuclear been and gone? After all, the last time France put a new reactor live was over 20 years ago.

Looking back, GB hasn’t had the best track record with its own nuclear plans, with some plants closing earlier than expected. Hunterston B closed in January due to cracks in the reactor’s graphite core, and Dungeness was decommissioned in 2021 due to corrosion in the pipework. Moreover, there has been a distinct lack of a stream of replacement plants coming online to replace the aging fleet as the units slowly die off one by one; the youngest plant, Sizewell B, began commercial operation in 1995.

Future projects have also been seemingly plagued with setbacks and issues. Hinkley Point C was initially expected to begin generation in 2023, now tentatively scheduled for 2026. Sizewell C was expected to start construction last year, but as of 2022, construction has not yet started – and is expected to take between 9 and 12 years. 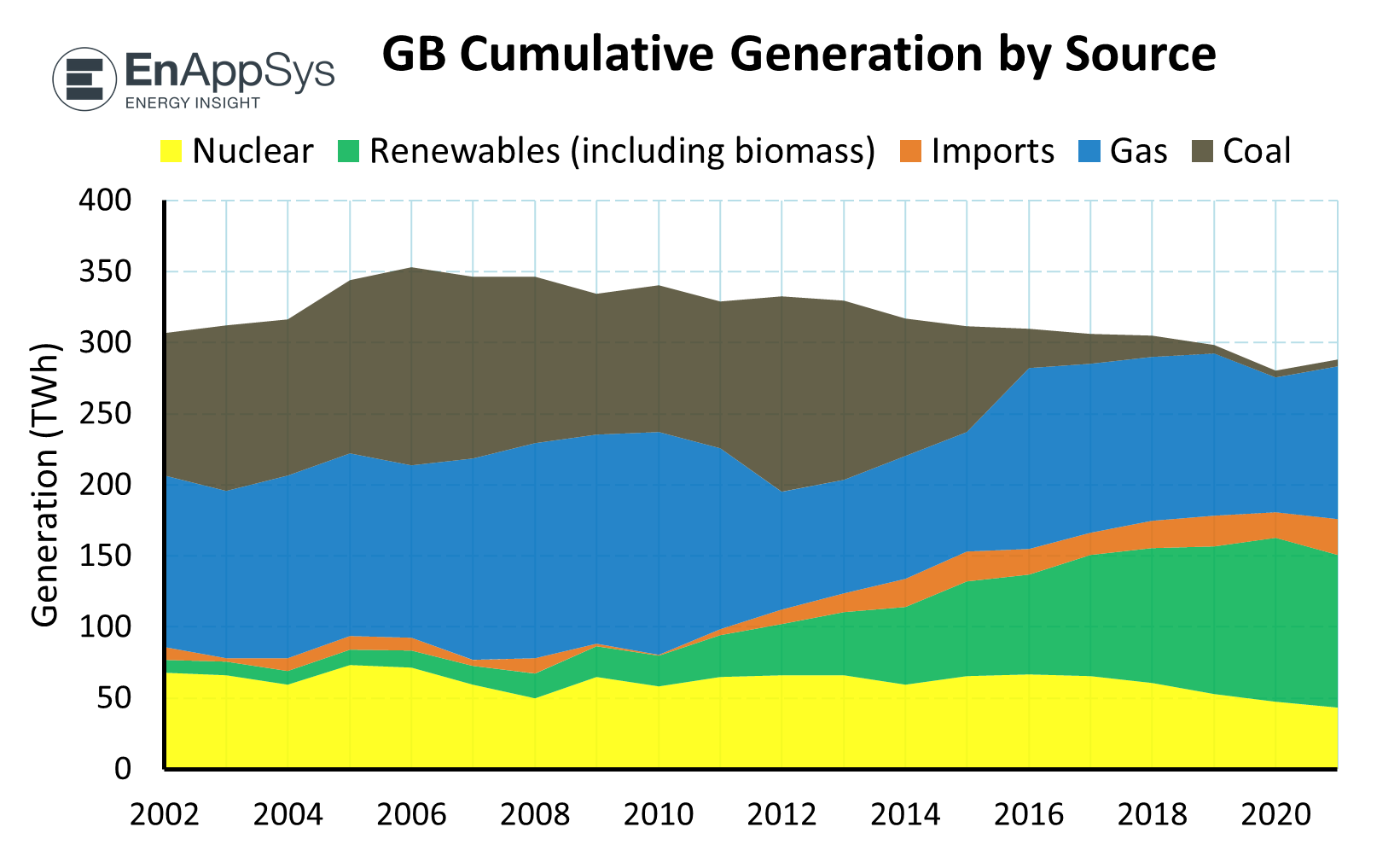 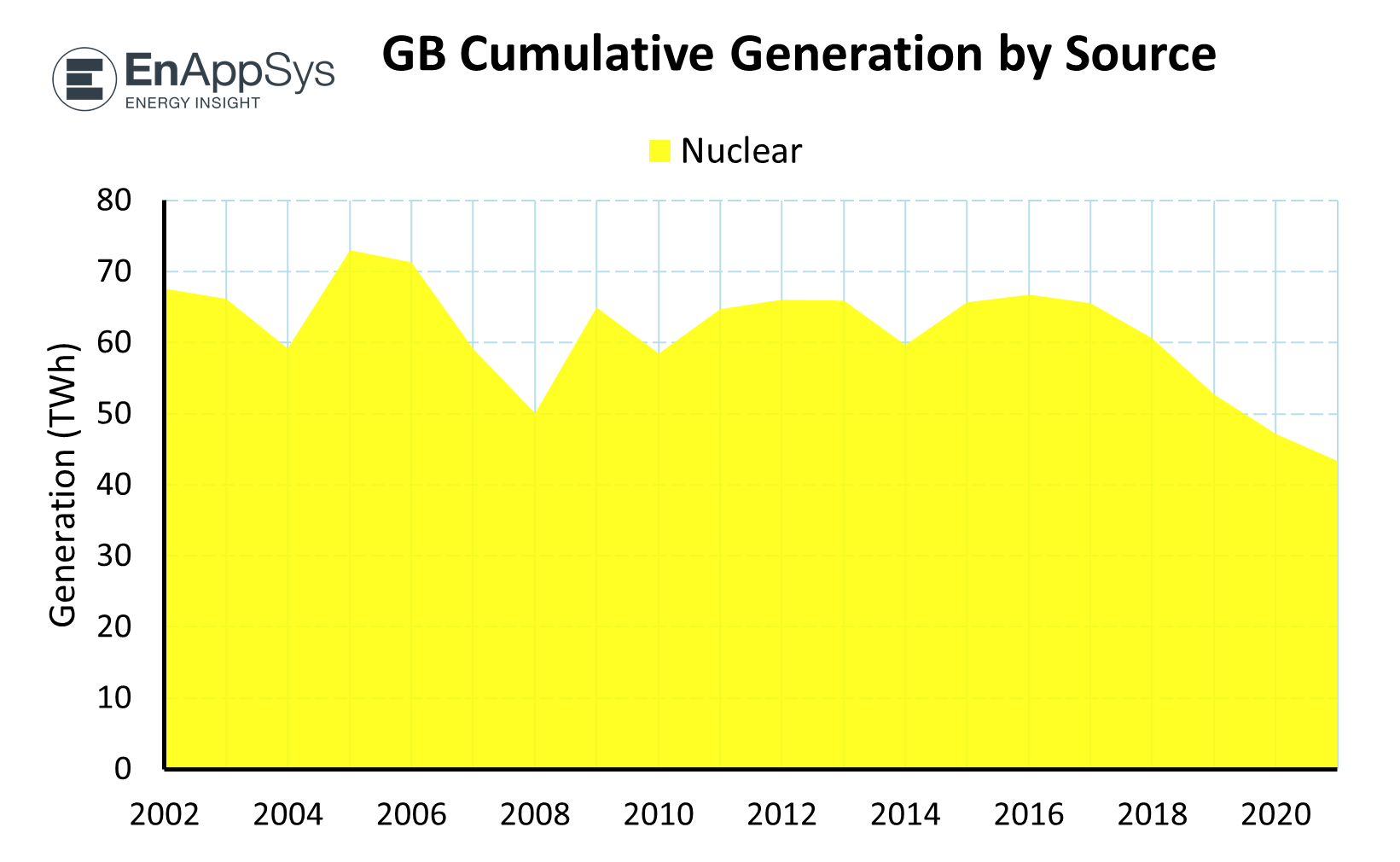 But despite its shortcomings, there are undeniable benefits to nuclear.

France’s nuclear generation allows the country to benefit (most of the time) from low market prices relative to the rest of Europe, and France regularly exports to surrounding countries. In 2019, the average emission factor of electricity generation was 35g of CO2 per kWh – 11 times less than the 387g of CO2 per kWh in Germany. Household consumers in France pay on average 40% less per kWh than their neighbours. France is also leading the way in the electrification of sectors such as heating, which, by and large, helps to reduce carbon emissions. Furthermore, in February, French President Emmanuel Macron also promised a nuclear “renaissance”, stating “the time is right” and announcing 6 new reactors, with an additional 8 to be considered.

The advent of small modular reactors (SMRs) has potential to shift the landscape too, with the UK government betting heavily on Rolls Royce to provide these, with approval expected by 2024. Other nuclear technologies such as Advanced Modular Reactors (AMRs), while yet unproven, feature prominently in government roadmaps.

The UK government’s plan for net-zero by 2050 also relies on nuclear power as a key component, with one of the future energy scenarios from National Grid ESO estimating over 17GW of nuclear by 2050, more than double the ~8GW today.

At its best, nuclear is a low-carbon, cheap source of energy that can lower the cost of electricity for consumers and industry, provide energy security and fuel diversity, and reduce dependence on gas and oil from Russia.

But while the cost of renewables is rapidly coming down in recent years, nuclear is one of the few technologies that sees costs continue to increase. In the era of many crises – the cost-of-living crisis, Ukraine crisis, COVID and Brexit – can taxpayers really afford to pay their share towards dozens of new nuclear projects without seeing a return on investment for over a decade? Or perhaps large-scale nuclear build-out will serve the country well in the long-term?

The subject of nuclear power has always been a very wide-reaching, interconnected and controversial topic, but with the official decision on Sizewell C due later this month, the future of GB energy industry is at a critical stage. Whilst the current government has stated its bold plan, the timetable to implement nuclear projects means that consensus across subsequent governments will be needed to “build a nuclear reactor every year rather than once every decade”.