Sweden overtook France as the biggest net exporter of power in Europe during the first half of this year.

This was the standout highlight of a new report on the European electricity market by energy data analyst EnAppSys.

The report describes the value of imports and exports in Europe during the first six months of 2022. It found that Sweden’s total net exports amounted to 16TWh, with most of the power flowing to Finland (7TWh) and Denmark (4TWh).

Despite the increase in exports to these two countries, however, Sweden’s rise to the top of the exporting league table had more to do with France’s shift from a net exporter earlier in the year to a net importer which resulted in a dramatic fall in its overall net position.

Usually, France exports more power than it imports but structural problems with its nuclear fleet meant that it had to source significant amounts of power from other countries in the first half of 2022 with Exports from France therefore halving over those in the previous half year.

The second largest net exporter across the period was Germany with 15.4TWh, a doubling of the previous 2021 half year levels with generation in Germany (along wih GB) responding to the demand for imports from France. Bulgaria was in third place with 6.6TWh a relatively small increase from its net flows in the previous half year.

Jean-Paul Harreman, director EnAppSys BV, said: “In the first half of the year, the GB electricity market was notable for interconnector flows flipping from a net import position to a net export position. France was by far the largest consumer due to the longstanding issues with its nuclear fleet – a situation that shows no signs of improving any time soon.

“France’s nuclear issues have resulted in an exceptional net-import position for the French market. This has been exacerbated by high gas prices, which has made it less financially attractive for France to export usual amounts of gas into Europe. This in turn has pushed gas assets out of merit across Europe.

“In addition to France, Norway also saw significant changes in its interconnector flows during the first half of this year. Historically a net exporter due to its high levels of renewable hydro generation, Norway has suffered a prolonged drought which has reduced water reservoir levels and thereby limited its renewable generation. If this situation continues, this could have a significant negative impact on Britain. Recent data from Norway’s Directorate of Water Resources and Energy shows that reservoir levels in the region of Norway from where Britain gets its power fell from the seasonal average of 74.4% to just 49.3%. This is concerning, as Norway is considered to be one of Britain’s most reliable sources of imported power.”

When net exports as a percentage of demand was taken into consideration, Bosnia regained its number one ranking with net exports of 35%, followed by Bulgaria (33%), Sweden (23%) and the Czech Republic (14.8%).

Italy remained the biggest net importer during the first six months of 2022, sourcing 22TWh from outside of the country, of which 9.6TWh came from Switzerland and 6.7TWh from France. 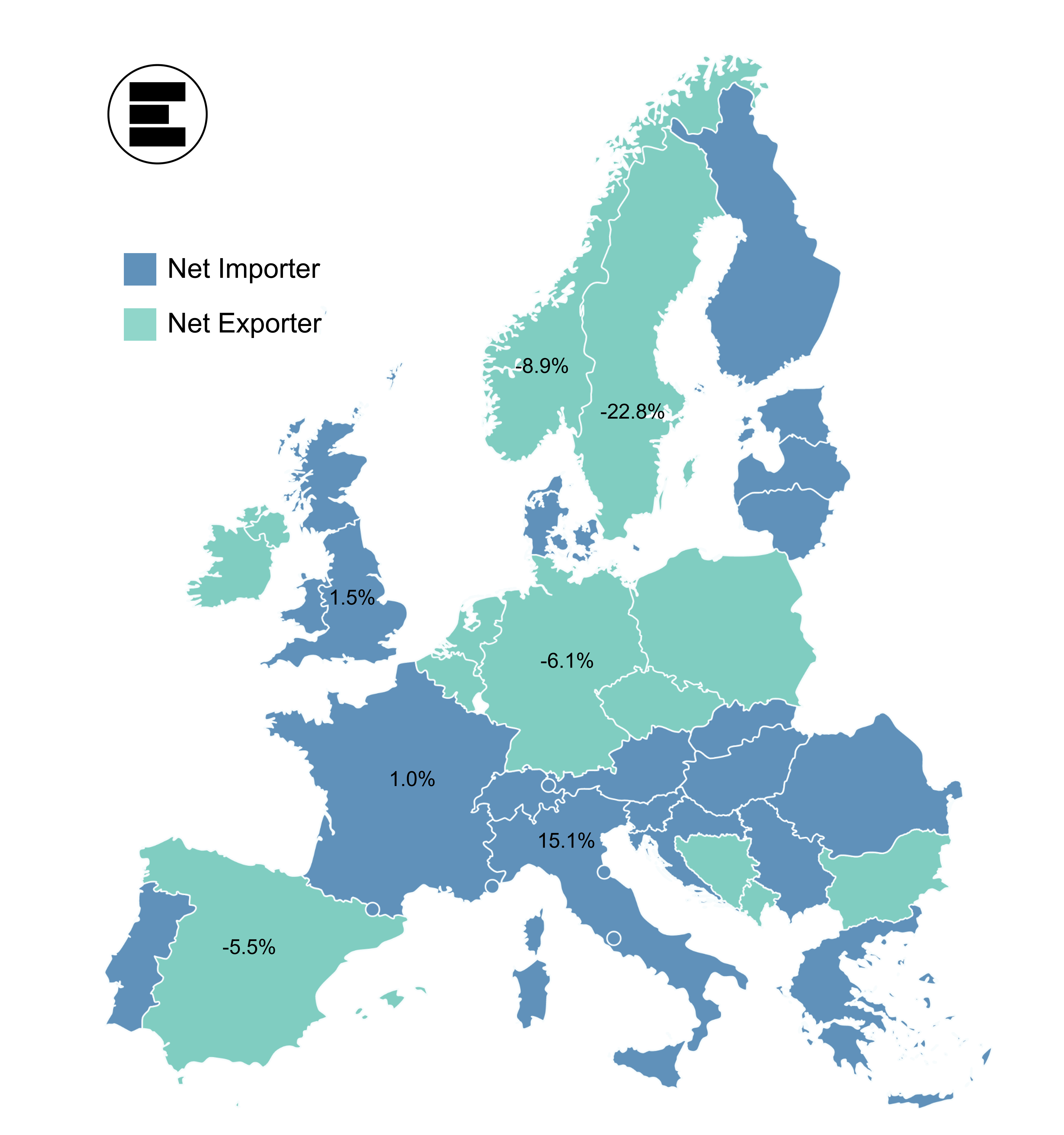 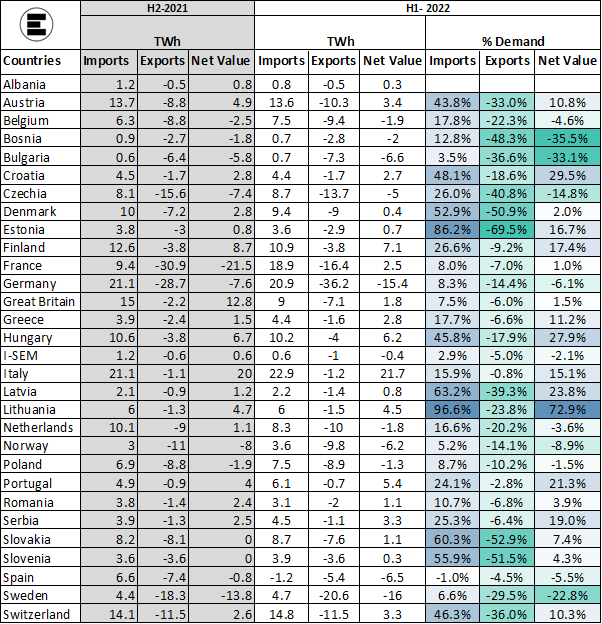