The success of French nuclear capacity coming back online will be crucial to Europe’s power markets. France is traditionally an exporter of power during the summer and autumn months, which helps Italy, Switzerland and the Iberian Peninsula meet demand. French nuclear power also pushes Dutch and Belgian gas generation and German gas, coal and lignite-fired generation out-of-merit.

The availability of less than half of its nuclear capacity during summer has turned France into a net importer and has pushed power prices up massively. With gas prices being very high, as a result of supply shortages (caused by the Ukraine War), the combination of supply crises has been a major influence in the current energy turmoil.

EDF has recently published data to show it will bring back online nearly all of its nuclear capacity for the winter season. This is a crucial necessity as French demand for power is highly sensitive to low temperatures. Where summer demand is relatively modest at levels below 50 GW on average, winter demand averages between 70 and 80 GW, with peaks over 90 GW during periods of very cold weather.

The return of the nuclear plants will be crucial. Currently 25 GW of nuclear power is available; by the end of September this should be over 30 GW, and 35 GW should be achieved by the end of October. From mid-November to the end of December, another 15 GW of capacity should return online. The final assets should be operational by the end of February. Germany has decided not to close around 4 GW of nuclear assets this winter, which should also help, but Europe will depend heavily on the success of this giant return to operations by the French nuclear assets. There definitely is skepticism in the market, as to whether EDF is able to stick to the timing of the operation.

If the winter does not start cold, it looks like we could just make it through without the rolling black-out plans that European governments have been drawing up. It will still be tight, but Iberian exports (they have a cap on gas prices, which have doubled gas-fired power generation since June) will help, along with the increase in nuclear power and wind generation, which should also pick up in the coming months. A moderate start should be good news for gas storage levels; it could reduce some of the pressure on forward gas and power markets.

A cold start of the winter looks likely to cause major problems, as we’ll still be short by around 15 to 20 GW of French power, with gas-fired generation in Germany, Netherlands and Belgium being the very expensive alternative. High gas consumption would be disastrous for gas stocks and increase pressure on forward markets.

In summary, weather and the ability of EDF to increase nuclear availability on schedule will determine what the start of winter looks like. If everything turns out in favour of the market, gas dependence would be lower than in previous years. An early cold spell or delays in bringing back the nuclear assets would be a major blow to the market. If we can make it until Christmas, we should be all right! 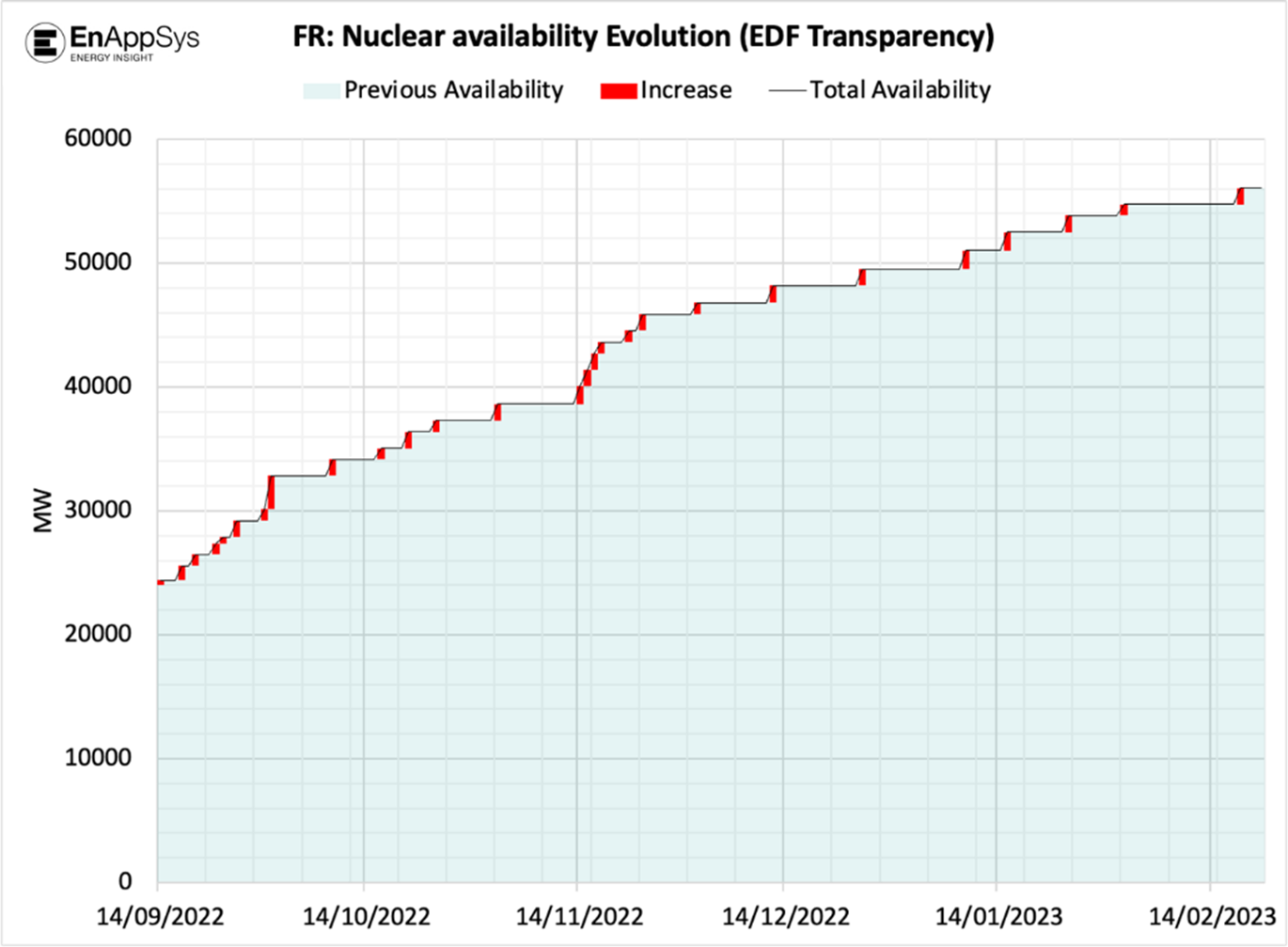 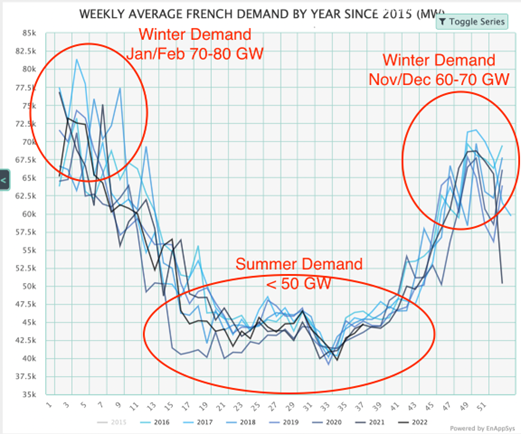